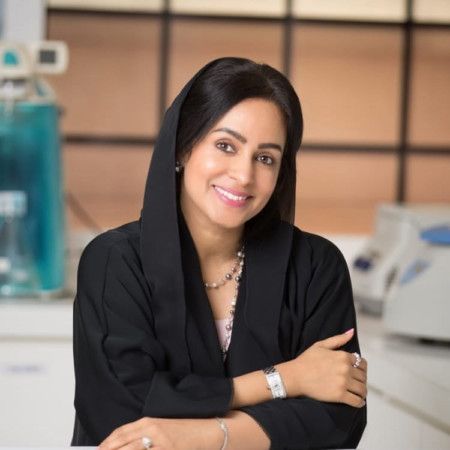 Dubai: Understanding and dealing with rare diseases, esepcially genetic conditions, remains a huge challenge, even as it necessitates constant research and novel ways of treatment, a top health care expert has underlined.

In an exclusive interview with Gulf News, Dr Maryam Mohammad Al Matar, founder and chairperson of the UAE Genetic Diseases Association, answered a range of questions of rare diseases and how to identify them:

What is a rare disease?

A rare disease is a health condition that affects a small number of people compared with other prevalent diseases in the general population. To date, 8,000 distinct rare diseases have been documented, of which 80 per cent have a genetic component. Approximately 75 per cent of the population affected by rare diseases are children, 30 per cent of whom die before the age of five.

With a combined population of less than 400 million, the Centre of Arab Genomic Studies (CAGS) estimates that about 2.8 million patients are suffering from a rare disease in the Middle East. The region has one of the highest prevalence rates in the world for rare diseases, especially genetic diseases. This is related to the higher rates of consanguineous marriages and advanced maternal and paternal age.

What is the trigger?

Across Middle East and North Africa (Mena) region, common factors like large family size, high maternal and paternal age and high consanguinity rates (marriage between close relatives) in the range of 25-60 per cent are strong contributors for higher levels of congenital and genetic disorders. This high prevalence of common genetic disorders (over 900 have been catalogued) has led to a plethora of rare diseases, many with orphan status, including Gaucher’s disease, Fabry disease, Behcet’s disease, thalassaemia and sickle cell anaemia.

There are many different causes of rare diseases. The majority have genetic origins, directly caused by changes in genes or chromosomes. In some cases, genetic changes that cause disease are passed on from one generation to the next. In other cases, they occur randomly in a person who is the first in a family to be diagnosed with the condition.

All rare diseases are not inherited or of genetic origin, right?

Many rare diseases, including infections, some rare cancers and some autoimmune diseases are not inherited. While researchers are learning more each year, the exact cause of many rare diseases is still unknown.

In 2017, a study was conducted by CAGS and Latifa Hospital on 20 patients from the UAE, Jordan, Sudan and Yemen. Dr Fatima Bastaki, consultant paediatrician and clinical geneticist at Latifa Hospital was the lead researcher. The results were published in medical journals. The study revealed links between ‘12 hereditary rare diseases among Arab children and 16 new genetic mutations in 14 genes’. The study revealed many findings on the Rapson-Mendenhall Syndrome — a severe insulin resistance that can result in death as well as developmental complications. Another gene discovered was one that leads to Beckwith-Weidmann Syndrome, a disorder with asymmetrical overgrowth of the organs and increased risk of cancer.

How is the incidence or prevalence of rare diseases documented?

Unfortunately, we have only sporadic statistics. Being Emirati and being in charge of the UAE Genetic Diseases Association, which is one of the NGOs in the UAE, this is one of our main missions: to advocate the establishment of the national registry. What makes me very optimistic is that things are going very well, and we are receiving great support from the decision makers, colleagues in paediatrics and other specialities in medicine. We all work collectively together to make sure that this can be implemented as soon as possible.

How can neonatal screening programme help in mitigating the rise of rare diseases?

The neonatal screening programme in UAE is being updated on a regular basis. As soon as we identify new mutations that put the patient at an increased risk of developing a rare disease, updates are made. Focusing on the neonatal screening helps tremendously because once we are able to identify him/her early enough, it gives us the chance to improve his/her quality of life and in some of the cases, we can manage and treat the patient through a specific, very affordable intervention — either hormonal therapy or other specific/available medication.

How can health insurance help meet the cost of treatment of such diseases that require lifelong care and intervention?

Many rare diseases cost a lot to manage the condition (not to treat). Here it is very important to bring into the picture the role of insurance companies. They have to be brought in the picture early enough to make sure that the safety net is very strong and rare disease patients are included within the safety net to be able to make intervention services available to them — whether it is through medication, physiotherapy or nutritional therapy.

The government here in the UAE is doing very well to provide support. But as members of the health-care community, we need to better support all the legislations that the government is taking to help us.

What steps are being taken to create awareness on genetic diseases among the UAE population? How can patients feel more empowered?

COVID COVID-19 DNA Genetic Patient Surgery UAE
X
Open chat
1
How can Help You?
UAEGDA
Hello
Welcome to the UAE Genetic Diseases Association website.
How can I help you?